Cardiovascular disease and stroke are the leading causes of death worldwide, according to a report from the American Heart Association/American Stroke Association.

Although the mortality rate from strokes declined about 35% and the number of stroke deaths has dropped about 21% between 1990 and 2010, the number of patients having first and recurrent strokes has increased each year, up to 33 million in 2010. Stroke is the second leading cause of death worldwide and the fourth in the United States, with 795,000 strokes occurring in U.S. patients each year and 129,000 stroke-related deaths.

The American Heart Association’s goal of reducing deaths from cardiovascular diseases and stroke by 20% by the year 2020 is focused on improving factors such as smoking, physical activity, diet, overweight/obesity, cholesterol, blood pressure, and blood sugar/diabetes. 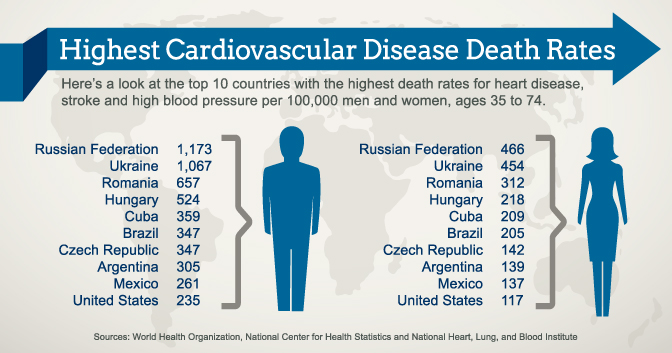