According to a new Vital Signs report by the Centers for Disease Control and Prevention (CDC), only 30% of Americans with HIV had the virus under control in 2011, and about two-thirds of those with the virus not in control had been diagnosed but were no longer in care.

The report showed that of those whose infection was uncontrolled, there were over three times as more patients no longer in care than those that had never been diagnosed (66% vs. 20%).

Among the ~840,000 people who had not reached viral suppression, the study showed:

The study emphasizes the importance of making sure patients with HIV receive continued care, treatment, and other resources to help prevent transmission to others, as well as the need to reach more people with testing for HIV. Antiretroviral treatment has been shown to decrease sexual transmission of HIV by 96%; clinical guidelines now recommend anyone diagnosed with HIV to receive treatment despite their CD4 cell count or viral load. 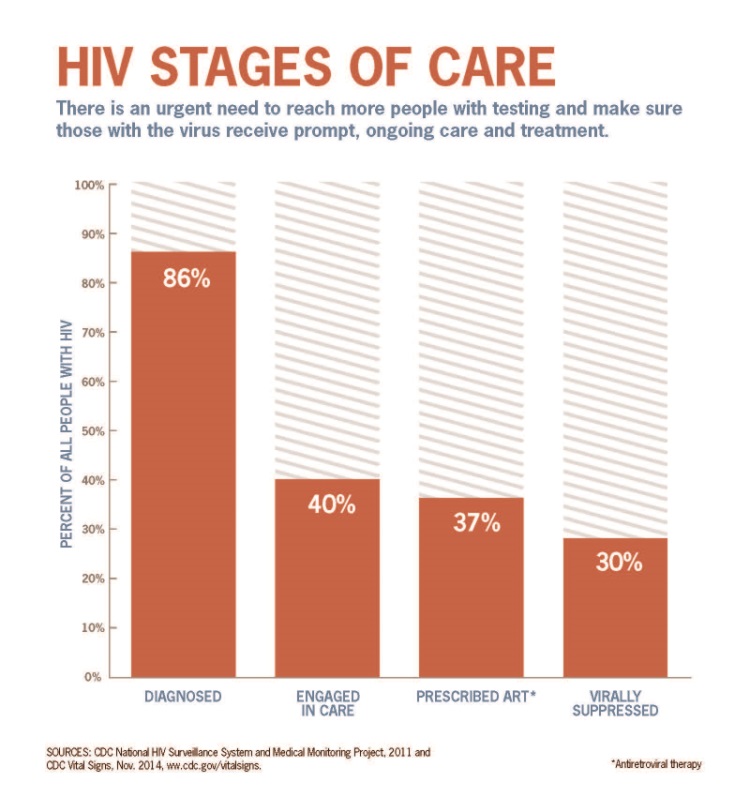